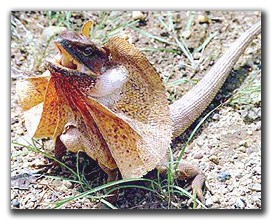 Some of our most wild, exciting and fascinating creatures on Earth have to be the reptiles. Today, there are nearly 7,000 reptile species on our planet – reptiles being some of the oldest living species ever recorded. Reptiles fall into the classification of  “Reptilia.”

There are 4 main reptilian groups of animals are: Alligators and Crocodiles; Lizards; Turtles and Tortoises; and  Snakes.

Animals from the main groups found in North America are:  Alligators; Turtles;  Lizards; and Snakes.

Each of these have their own unique characteristics. All reptiles are vertebrates (animals with backbones). Their bodies are covered with horned scales or plates, known as “scutes.” 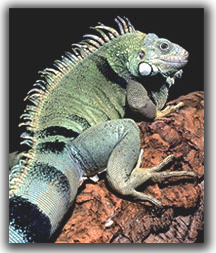 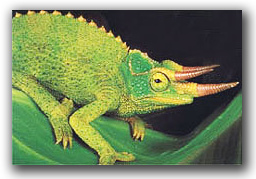 In some lizards, the scales are small, smooth and grain-like, while in others they are large, rough and more plate-like. The scales may have little ridges known as keels. Some have even developed into spines.

When it comes to reproduction, most reptiles are egg-layers, although, there are those who do give birth to live young.  The majority of our reptilian friends are built low to the ground, giving them traction capabilities for easy escape!  Most reptiles, with the exception of snakes and some lizards, have four legs.

And unlike snakes, some lizards, especially burrowers, have very small legs or no legs at all!  Most lizards see and hear well. Most have external ear openings and their eyes have movable eyelids.

Some lizards have a third eye, which is a tiny, light-sensitive, transparent structure on top of the head that helps them regulate how long they stay in the sun.

They stores fat in their thick tails and can survive without food for long periods of time in harsh desert conditions. 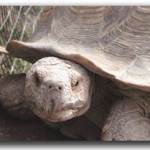 Turtles and Tortoises:  Most turtles and tortoises have scales on their heads and the legs, but the rest of the body is usually encased in a rounded, bony shell. The upper portion of the shell, called the carapace, includes the spine and the ribs. It is joined to the lower part, known as the plastron, by a bridge of  bone. 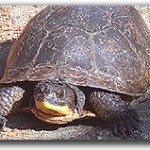 Most turtles and tortoises can easily pull their heads straight back into their shells.

The bottom shell of some turtles, such as the Box Turtle and the Blanding’s Turtle, is hinged and can be pulled up against the top shell, sealing the turtle safely inside. 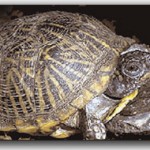 The individual plates on a turtle’s shell, such as the Ornate Box Turtle, are called scutes, some of which can be quite colorful.

Alligators and Crocodiles: Both the American Alligator and the American Crocodile have oblong, aerodynamic, torpedo-shaped bodies, which means they live well in the water. 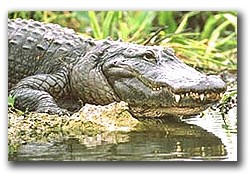 Both have keen vision and sharp hearing. When they dive under water, their nostrils close, and a clear membrane closes sideways across their eyes, thus protecting them. 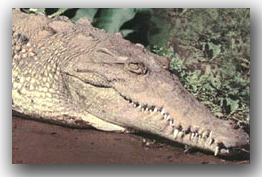 A wide flap closes the rear of the throat so that they don’t drown when they’re pulling prey underwater. The nostrils and eyes of crocodilians are perched on top of their heads, so they are able to see and breathe while almost entirely submerged.

Snakes: These creatures are unique and fascinating animals. In fact, they are some of the most fascinating and misunderstood animals on the planet. They have no eyelids, external ears, shoulders, or legs. Yet they live successfully without these body parts! Transparent eye caps protect the lidless eyes of various snakes. 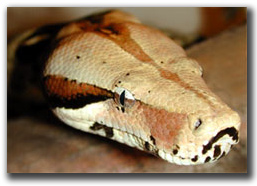 The transparent eye caps really help to protect these creatures from blinding light and other various types of danger. 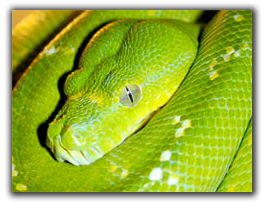 Their slender body shape makes us realize that the insides of their bodies are very different from most animals, as well.

With the exception of Antartica, snakes live on all continents of the world. Most snakes are egg layers, although some give birth to live young.

Snakes have large scales across their bellies, and smaller scales on the back. The back scales may have a smooth, polished appearance, or they may have a dull finish and a rough texture. The scales on water snakes have ridges, or keels (like some lizards), which help them move through water. Snakes that spend a lot of time burrowing have smooth scales, which enable them to move more easily through the soil. 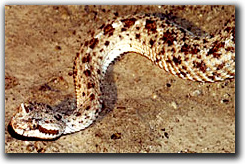 Because snakes cannot hear airborne sounds, their forked tongues work as a sensor in order to serve them. In essence, a snake “tastes” its surroundings, which helps it to follow scent trails or move out of harms way.

(The Sidewinder: left:  A fascinating, poisonous snake that is a part of the Viper family).  Approximately 300 snake species are venomous. 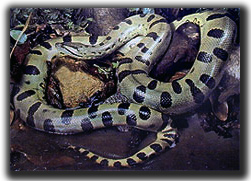 In most cases, the snake’s teeth (fangs) are hollow, and carry the poison inside them.  When the snake bites, it then injects the venom into its victim.

Anacondas are much like Boa Constrictors.  They constrict their prey before consumption.

While many people tend to be afraid of reptiles, they are an essential part of our earth’s eco system and incredibly fascinating animals. If you take the time to stop, study and learn about these amazing creatures, you will begin to understand their magnificence, as well.