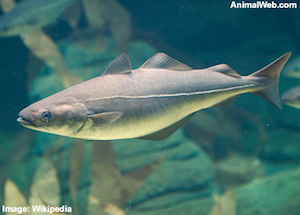 Schools of coalfish are inclined to feed on the fry of their larger relative the cod, but Coalfish also eat many other kinds of small fish and shellfish. The coalfish also has other names. In Europe it was once known as the saithe. In the United States it is called the pollack.