Insects are some of the most important animals on our planet! They are referred to as Arthropods (under the phylum Arthropoda), the largest phyla of the animal kingdom. There are virtually tens of millions of arthropod species that exist on our planet, and there are still a great many of these animals not yet discovered!  The name arthropod means “jointed-foot” and refers to the clearly jointed appearance of the animal’s limbs. It is thought that certain arthropods may have devolved from Annelid ancestors (worms, leeches, etc.) that developed legs.  Animals belonging to the arthropod group include crustaceans such as shrimp and crabs), various spiders and scorpions, centipedes, and more.

The Praying Mantis (often spelled out as “preying mantis” due to its predatory nature) is a favorite among those who study insects. In fact, many people in general find them fascinating creatures!  In Europe and other regions, the name “praying mantis” refers to only a single species, Mantis religiosa. The closest relatives of mantises are the orders Isoptera (termites) and Blattodea (cockroaches), and these three groups together are sometimes ranked as an order rather than a superorder. They are sometimes confused with phasmids (stick or leaf insects) and other elongated insects such as grasshoppers and crickets. 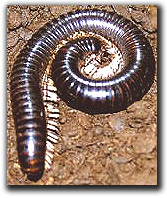 The Centipede: Centipedes Have a Protective Exoskeleton

A commonality of the arthropod is their hard outer coat or protective shell, which is known as an exoskeleton and protects their soft insides from harm or injury. In most cases the arthropod molts, meaning it sheds its old coat to grow a new larger coat as needed. This process is similar to that of snakes shedding their skin. 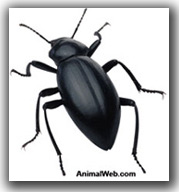 Many of these animals, such as the Black Beetle, help provide food for many life forms, and even contribute to providing humans with clothing, medicines, and protection against harmful organisms.

All of these animals are very important to our existence, and play a strong, significant role in the balance of our environment! 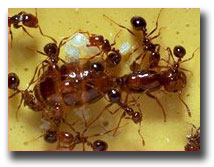 Fun Fact!  The next time you see a Worker Ant scurrying across your floor, keep in mind she is not a lone explorer!  She is a scout, and reports back to hundreds or thousands of sister-ants once she finishes searching for food.  As their name reflects, worker ants really are hard workers! They’re smart, too. Ants have sophisticated ways and methods of doing things!

Worker ants and their queen are amazing creatures to observe. Some ants gather tidbits such as dead insects, seeds, and even cookie crumbs. Others hunt insects, collect seeds, and even snip leaves for harvesting food. All of this is done under the queen’s empire! Never underestimate the power of an ant, for they are brilliant creatures! In fact, many cultures and civilizations have studied ant habits, and have gained tremendous knowledge from their observation. 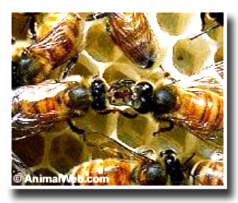 Now, Bees are very important for pollination. As they buzz along the flowers they encounter, they carry pollen from one plant to another. Those busy little bees visit the flowers to gather that sweet liquid produced, known as nectar. With long mouths, they reach into pockets of the nectar, tucked deep within the flower petals. Additionally, bees, ants and wasps can wiggle their hind ends freely, thanks to their narrow waists called pedicels. In some wasps and ants, the pedicel is very long and thin, a potentially helpful feature. Sadly, we are experiencing an environmental imbalance of many bee species due to the harmful effect of humans on the earth. There are programs and organizations working diligently to keep bee populations in tact. 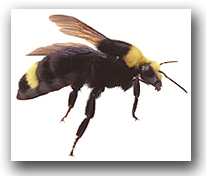 Then, there is the adult Yellow Jacket Wasp, who also drinks nectar, but this species also feeds chewed up insects to larvae. In other words, some wasps paralyze insects with their stingers, stuff them into the ground, and lay eggs on the bodies! The larvae that hatch will eat the disabled insects.

Another commonality between wasps, bees, and ants is that they can sting! Millions of years ago, their stingers were egg-laying tubes. But over time, the tubes evolved into sharp lances with poison sacs. 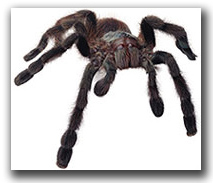 Last, but not least we have the class of the Arachnida!  This contains spiders, scorpions, mites, ticks, and a few other groups on  land and in the sea. These animals usually have four pairs of walking legs, and basically lack antennae and wings. Some mites will suck sap from plants, while ticks are bloodsuckers. However, most arachnids are carnivores, despite the fact that they have no real jaws. Some Tarantula species not are not harmful to humans, but many arachnids definitely can be very dangerous. Never toy around with insects without knowing exactly what you are doing!

Remember that all of nature’s creatures are very important to our existence. They play a massively significant role in the balance of our environment. Earth’s amazing insects are critical to the eco system and to the survival of our planet! So be kind to our insect friends because they matter more than you may realize!