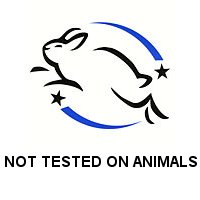 Many people are still learning about animal rights and what that exactly means in today’s society.  In essence, “cruelty-free products” are products that do not harm animals in their creation, manufacture or distribution.  In other words, these products are not tested on animals, they do not use manufactured parts that were tested on animals, and/or they do not use animal parts or “byproducts” in their products they make or distribute.  Unfortunately in many cases, a product is only partially “cruelty-free.”  This might mean the product is not tested on animals, however it might still contain animals byproducts or components that were animal tested.  It might also mean that while that particular product may be cruelty-free in and of itself, the manufacturer might very well test other products it manufactures on animals or they may sell to countries that require animal testing of the product.

The fight against animal testing rages on every single day.  Sadly, it remains a very tragic, controversial, ongoing problem. In an effort to let our viewers, friends and supporters know which companies are cruelty-free and which are not, we have compiled our own AnimalWeb List of Cruelty-Free Companies to choose to shop from.

Unfortunately, being a cruelty-free company today is much more difficult than it used to be.  With global issues such as companies selling their products to China, many companies that were once cruelty-free have been removed from the cruelty free list due to overseas regulations.  An example of this issue is the beauty giant, Avon.  In the mid to late 1980s, Avon proudly became a cruelty-free manufacturer.  Unfortunately, Avon was sold to a bigger corporate conglomerate and began selling their products around the world, specifically China.  As many of you know, the Chinese government requires every single product to be sold in China be tested on animals first, even if those tests have already been performed, are outdated or even unrelated to the consumer using the product.  Hence, Avon has been removed from all cruelty-free lists. For those of us who are active in the fight against animal testing, this is very disheartening news.

Below are a few Frequently Asked Questions about animal testing.  We are hopeful the answers will give you insight and an appreciation of the complexity of the issue, along with what is being done to curtail and circumvent the practice.

What does it mean to be a “cruelty-free” product manufacturer, distributor or provider?
A cruelty-free company is one that does not test their products or use items or ingredients on animals.

If I see a “cruelty-free” or “not tested on animals” label on a product, can I be assured it doesn’t contain any ingredients that were ever tested in animals?

Here is where it gets complicated… Because many of the raw materials used in product creation have at some point been tested on animals it is possible that some companies are using ingredients that were and are animal-tested. But if they themselves haven’t performed animal tests with those ingredients, they may claim their products are cruelty-free.

It is important to note that companies who do make the “cruelty-free” list undergo rigorous scrutiny. Once they are approved they may proudly display the various certification logos or symbols on their websites, videos and printed material.

Are cosmetics required by law in the U.S. to be tested on animals?
NO!  They are not!  In the U.S., manufacturers are responsible for validating the “safety” of their ingredients and products before they hit the market. However, in the case of cosmetic companies and their products they manufacture, the use of animals in this testing process is not required, and it is perfectly acceptable to use scientifically-valid alternative methodologies to conduct these tests.

Are cosmetics required by law to be tested on animals in other countries?
YES.  Countries such as China conduct animal tests on any imported cosmetics product, as well as on products manufactured in China, even if these products have already been found to be safe for human use in other countries.  Sadly, when companies choose to capitalize on the global marketplace, they are subject to the laws of that country. Many companies care more about financial gain from the global markets than they do ethics and maintaining their cruelty-free status. However, there are a few companies that are working diligently to change the regulatory policies in countries that currently require animal tests.

What kinds of animal tests are performed on cosmetics products in countries that require testing?
The animal tests that are performed depend on the type of product you are testing. For example, the term “vivisection” refers to the cutting or operating on animals for the sake of product testing.  But tests also include skin irritation tests usually performed on rabbits, as is the Draize eye test. In many cases, the rabbit or animal barbarically being tested on is blinded in the name of “cosmetic beauty.”  Skin sensitization assays are often conducted on guinea pigs and other small animals.  Light sensitization studies are often performed on mice.  Remember, these animal tests for “product safety” are unnecessary!  Effective, scientifically-valid alternative methodologies have already been developed for a while now, and are continually improving.  So, there is no reason for any cosmetic company to continue these brutal, unethical tests on animals.

What is being done to change the policies about animal testing in other countries?
Some companies are extremely frustrated because they have worked hard to establish cruelty-free methods for product safety, but because animal tests are performed on their products overseas, by definition they are “testers.” Companies like Mary Kay say that their policy has always been to follow the law regarding animal testing, and that their commitment to using animal-free methodologies in the safety testing process has not changed. For instance, Mary Kay is funding a lab for alternatives in China to build a scientific basis for acceptance of alternative technologies. They want Chinese regulatory agencies to adopt alternative methodologies and eliminate the animal tests that are currently being performed and are supporting the development of in vitro testing methods there. As recently as February 2012, the China State Food and Drug Administration has begun the process of accepting non-animal testing methods for cosmetics ingredients. It is encouraging to see that regulatory change is possible in countries that still require animal tests as part of their safety testing requirements.

To learn more about cruelty free products please visit The Coalition for Consumer Information on Cosmetics at: http://www.leapingbunny.org/shopsearch.php